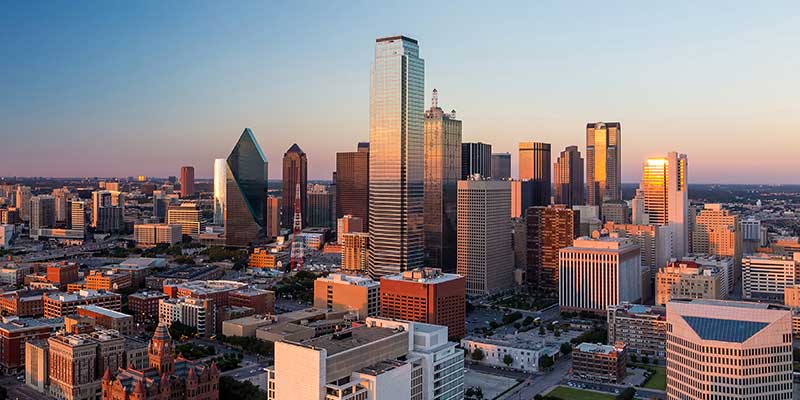 Having celebrated its 300 years in May 2018, San Antonio is one of the oldest and most famous towns not only in Texas but the United States of America. Home of several remarkable historic attractions, amazing restaurants, and plenty of things to do, the city is a great place for a vacation.

Below mentioned are some of the most popular weekend destinations from San Antonio.

Considered to one of the most fascinating attractions in Texas, Big Bend National Park offers an interesting combination of several natural features such as mountains, rivers, and desert. Adventure enthusiasts can hike up and down the legendary 1.7-mile Santa Elena Canyon and then soak in the natural hot springs to soothe the sore muscles. And, if this is not enough, you could hop on a boat to Mexico for lunch.

Best Time to Visit: The seasons of spring and fall are the best time to visit the national park as the temperature is perfect for hiking as well as camping under the stars.

How to Reach: The most recommended option for travel between the two locations is by a car. This would take slightly over 7 hours and cost between $40 to $65.

Also known as the Grand Canyon of Texas, Palo Duro Canyon State Park is the second largest of its kind in the United States of America. Some of the most popular things to do while visiting this remarkable attraction is to take a 5.7-mile round trip hike over the Lighthouse trail to see the popular Lighthouse rock formation, drive around the Palo Duro Canyon loop, and take a jeep tour or get on the back of a horse here.

Best Time to Visit: The best times to enjoy the many attractions and activities in Palo Duro Canyon are in the spring (March-April) and the fall (October-November).

How to Reach: To get here, you can either take a flight, bus or train to Amarillo and then take cab to cover the last one hour to the State Park.

Bald cypress trees covered with Spanish moss loom over the maze of bayous, sloughs, and ponds at Caddo Lake. At Caddo Lake State Park, you can fish, paddle, hike, picnic, camp or stay in a cabin, look for a geocache, and go boating. Spread across 26,810-acre, Caddo Lake harbors more than 70 species of fish and doesn’t even require you to have a fishing license to fish here. You can also rent a canoe or a kayak to explore the twists and turns of the lake.

Best Time to Visit: High season at Caddo Lake is considered to the months from March to November, but you are best off coming at the beginning or end of those dates for the mildest weather.

How to Reach: You could either drive up to Caddo Lake from San Antonio and spend 7 hours and $39 to $57 in fuel, or take a bus or train to Marshall and get a taxi for the remaining 30 km.

Turner Falls Park in Davis, Oklahoma is an adventurous and family-friendly weekend destination tucked away in the Arbuckle Mountains. From Dr. Collings’ Rock Castle to the 77-ft massive waterfall and more, Turner Falls Park offers unforgettable fun for you and your family. It’s also a convenient and entertaining stop for those passing through with picnic areas, RV hook-ups and camping locations.

Best Time to Visit: No matter which month you pick to visit here, you are guaranteed to have a great time at the park. The summer is the park’s busiest time of the year as the pleasant environment is the perfect place to cool off.

How to Reach: Take a train from San Antonio Amtrak Station to Fort Worth and then on to Ardmore Amtrak Station. From here, get a taxi for $55 to $70 that will take half an hour to cover the last 35 km.

Dallas has an enriching history deep-rooted in ranching, farming, and oil production, growing swiftly as a trade center after the introduction of the railroad in 1873.The cityis home to a wide variety of architecture, particularly modern and postmodern structures like the Perot Museum of Nature and Science, the Gothic revival Kirby Building, and the Victorian and Neoclassical homes on Swiss Avenue. Start at the city center and explore around from here.

Best Time to Visit: The best time to visit Dallas is during Spring (March-May) and the fall (September-November), when average highs are no more than 25 degrees Celsius and the lowest does not hit lower than 15 degrees Celsius.

How to Reach: The easiest and the most recommended mode of travel between San Antonio and Dallas is via a Greyhound bus that departs the city thrice a day for Dallas and costs between $30 to $50 cover the 5-hour distance.

The ultimate symbol of Texas’ cowboys, Fort Worth has all that it takes to be the perfect mecca for all cowboys.Outlaws, cattlemen, cowboys – you name it and you will find it here. A few popular attractions here include the Kimbell Art Museum and the Amon Carter Museum of American Art which are two of the most important museums to visit here. Founded in 1909, the Fort Worth Zoo is another remarkable attraction that must be explored during your visit here. Trinity Park and Sundance Square are also worthy places to visit.

Best Time to Visit: The most favorable time to visit Fort Worth is between September and November, when the temperatures aren’t too hot, the tourist traffic has simmereddown, and the Texas State Fair is in full swing.

How to Reach: Hop on a bus to Austin and change over to another one that takes you directly to Fort Worth.

New Orleans is one of America’s most unique cities, with a vibe you simply can’t resist. Globally recognized for its intoxicating jazz music, Cajun cuisine, and outrageous Mardi Gras celebrations, the city is a melting pot of cultures with a multiplicity that can be seen in every nook and corner. Most of the action in the city is found around the French Quarter, with the infamous Bourbon Street as its beating heart. Hop on a historic streetcar to explore the Garden District.

Best Time to Visit: The most recommended time to visit New Orleans is between the months of February to May when the weather is comfortably pleasant, and the celebrations are in full swing. If you’re not interested in Mardi Gras, December or January are quieter and cheaper.

How to Reach: You could either take a direct flight between the two cities or catch a bus from San Antonio to Houston and change for New Orleans.

Oklahoma City is a bustling hub on the southern Great Plains, almost in the center of the oil-rich state. Also called “The Big Friendly,” many of the city’s top tourist places are set in the historic former warehouse district of Bricktown. Museums, event venues, and restaurants create a beautiful neighborhood on the Bricktown Canal with its adorable water taxis. And for a true taste of ranchland life, don’t miss a chance to catch a stockyard auction.

Best Time to Visit: The best time to visit Oklahoma City is between September and November, when the weather is mild.

How to Reach: You could get a train from San Antonio Amtrak Station to Fort Worth Amtrak Station and then change for Oklahoma City. It will take slightly over 12 hours and between $84 to $120 to cover the journey.

If you are looking for culture, spectacular dining, shopping, amazing attractions, and fun experiences, you’ll have no dearth of things to do in Houston. The fourth largest city in the United States, Houston is home to the famous Space Center Houston, celebrated chefs, stimulating museums, and picturesque green spaces, complete with a bayou running through the heart of the city. Depending on your travel dates, you could even be able to enjoy Houston’s signature event, the Livestock Show and Rodeo.

The fourth-largest city in the United States of America and the home of the eminent Space Center Houston, Houston is a wonderful city known for its remarkable green spaces, award-winning chefs, interesting museums, and a bunch of other attractions and activities.

Best Time to Visit: The months between February and April and the fall months of September to November are considered to be the best times to visit Houston. The weather is pleasant during these months and there are plenty of festivals to enjoy.

How to Reach: A direct bus between the two cities takes around three and a half hours and costs between $16 to $40.

Waco is a beautiful city known for some of the craziest and most interesting events in recent state history, many of whichinvolved religious occurrences or natural disasters.The city is also famous for the many attractions that it offers its visitors.The Waco Mammoth National Monument is probably the most famous among places to visit in the city, which is why it’s at the top of this list.Armstrong Browning Library, Spice Village, and Dr Pepper Museum & Free Enterprise Institute area few other must-visit places.

Best Time to Visit: The middle-year months have very comfortable weather with high temperatures that are quite warm. June to August is the second-busiest season in the city, so lodging and other accommodations may cost higher.

How to Reach: A direct bus between San Antonio and Waco takes slightly over five hours and costs between $24 to $35.

Whether you are a history buff, a foodie, or someone who appreciates the many creations of nature, San Antonio will definitely leave an everlasting impression on you. So, pack your bags today and get ready for the trip of a lifetime.